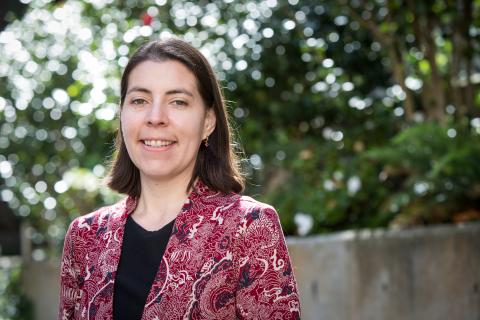 Dr. Stacy Torres is the 2019 recipient of the William Foote Whyte Award from the American Sociological Association's Section on Sociological Practice and Public Sociology. The award recognizes a scholar who has made notable contributions to sociological practice and public sociology for the discipline. and will be conferred in August at the ASA Annual Meeting in New York City.

Throughout a career spanning more than half a century, William Foote Whyte addressed questions that lie at the heart of sociology—how individuals, groups, and societies shape each other, how social processes operate at every scale of human activity—and illuminated them with his participant observation. His works are memorable, starting with the classic Street Corner Society: The Social Structure of an Italian Slum, 1943 (which has been translated into Spanish, Italian, French, German, Chinese, and Japanese), and including: Money and Motivation: An Analysis of Incentives in Industry, 1977; Worker Participation and Ownership: Cooperative Strategies for Strengthening Local Economies, 1983; Making Mondragon: The Growth and Dynamics of the Worker Cooperative Complex (with K. Whyte), 1988. Whyte’s analyses on these and other topics played an important part in subsequent scholarly work, stimulating further research. And, perhaps more importantly, his Street Corner Society introduced, since its publication almost sixty years ago, innumerable students the world over to the power of sociological analysis. The American Sociological Association is proud to honor this creative and imaginative scholar.